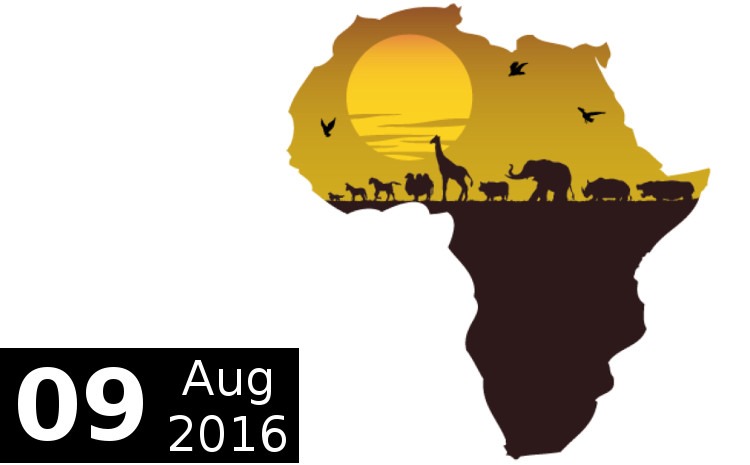 In all but a couple of countries of southern Africa, maize (corn) is the main food staple and dominant cereal crop. With the exception of South Africa, smallholders on non-irrigated land account for most production. Thus, the unprecedented drought afflicting the region the past two years has had a severe impact on food security.

A highly developed port, rail and road transportation system and storage infrastructure for cereals ensures minimum bottlenecks for cereals importation or exportation in most years.

Three or four major food companies each dominate maize and feed milling, respectively, and freely buy from world markets. There are no government grain holdings or market intervention.

Currently the crop consists of about 60% white maize primarily for human consumption and 40% yellow corn used in animal feed. Surplus white maize not needed for maize meal goes for feed use.

Jacques Pienaar, publisher of the grain newsletter Commodity Insights Africa, Johannesburg, forecasts yellow corn production for feed will grow the most as the expanding middle class increases meat consumption. Within 5 to 10 years yellow maize is likely to be 60% of the total crop, he said.

About 90% of South Africa’s corn crop is genetically modified (GM). This sometimes complicates its ability to fill the deficits of several countries in Africa that ban GM cereals. Less than 5% of the crop is self-consumed by farmers.

Within the last 10 years land-locked Zambia has developed into a second regional corn belt, supplying nearly 1 million tonnes of maize to its neighbours. These exports come at a cost to the national budget that could exceed $100 million since the Ministry of Agriculture subsidizes fertilizer, seed and other inputs while the National Food Reserve Agency (FRA) relies on a network of 600 depots to buy an official target of 500,000 tonnes, but usually more, from smallholders at a guaranteed price after the harvest beginning in April.

During the lean season from November to April, when farmer’s stocks have been exhausted, FRA provides fixed monthly allocations to about 90 industrial mills based on their roller capacity. Since the government pays the cost of storage and transport from surplus to deficit zones, the private sector millers have learned to live with this system that guarantees a certain level of profitability even for inefficient mills. The mills do compete to buy maize on the open market after harvest in order to operate the other six months.

Smallholders account for about 95% of maize production which is almost all non-GMO white maize. Given the heavy government support for smallholders, commercial farmers avoid maize production in favour of more market-based crops under pivot irrigation like wheat, barley and soybeans.

By the end of 2016 the country expects to launch a grain commodities exchange in Lusaka called Zamace. Delivery points will be in the major grain zones with a network of storages issuing negotiable warehouse receipts. Futures contracts will be possible via an arrangement with SAFEX, South Africa’s futures exchange, which is part of the Johannesburg Stock Exchange.

Private grain traders, who are largely shut out of maize markets due to the heavy-handed role of the government, hope that FRA will transfer some of its activity to Zamace to allow for transparent price discovery and operational efficiency.

Taxpayer subsidized maize has also contributed to the rapid growth of Zambia’s poultry sector over the last decade. Up to 300,000 tonnes of white maize is used in feed, though the 2015 commodities crash and a devaluation of the kwacha have precipitated a contraction in egg and broiler demand, reducing feed use.

With annual per capita consumption around 130 kg, Malawi is one of the world’s most maize-dependent countries. Two consecutive years of crop failure drove 2015 and 2016 production down 27% and 21%, respectively, to the lowest in over a decade after a record harvest of 3.9 million tonnes in 2014, per USDA data. The average maize crop since 2009 had been over 3.6 million tonnes and the country had become an exporter of 300,000 tonnes per year from 2007 to 2012. The rainfall shortage has been most severe in the densely populated southern part of the country where farm sizes average only a fraction of a hectare and most farmers cannot grow enough for their own needs.

A commodity exchange, warehouse receipts financing, and market information systems have contributed to the increasing commercialization of the key crop.

On the other hand, a para-statal grain marketing board called ADMARC intervenes in markets to buy at high prices in remote areas and sell at below cost to the poorest population groups, sometimes distorting markets in the process. State grain reserve stocks were depleted during the first year of drought. Since then, high-level negotiations have taken place with Zambia’s government to acquire additional supply from its better-stocked reserve.

In the meantime, international food aid is once again becoming a variable in the food balance equation even after the country had been mostly weaned from such support during the years of record harvests up to 2014.

Maize output is forecast to fall 25% in 2016 after reaching a record 1.9 million tonnes in 2015. Imports are only 50,000 tonnes. Like South Africa and unlike most other countries in the region, large commercial farms, many with pivot irrigation, account for the lion’s share of production. Timely completion of road and rail infrastructure for inland corridors before the oil price bust means that maize and other commodities can be efficiently moved from the central highlands to the population centres on the coast.

USDA estimates over 20% of maize, or about 300,000 tonnes, goes to feed use. For Africa, this is a relatively high share and testifies to the rapid development of a modern poultry sector, thanks in large part to state subsidies.

The 2,000-km long country presents a variegated picture when it comes to maize. The cereal competes mainly with imported rice as a daily staple in urban areas and with cassava in rural areas. Industrial roller mills belonging to major food companies in Maputo grind high quality maize imported from South Africa. The handful of commercial millers in the central Beira-Chimoio corridor and the Nacala-Nampula corridor in the north rely on domestic maize grown by smallholders and manage to place only limited amounts of their product on supermarket shelves of the capital.

Commercial farmers launched maize growing with pivot irrigation in the 2000s but gave up when low prices of smallholders in the bush with minimal input costs prevented the modern operations from covering their heavy input and energy costs, let alone servicing debt and amortizing equipment.

Some large maize millers have set up hundreds of buying stations in the bush to compete with poultry producers and traders to obtain sufficient supply. Smallholders have benefited, but El Niño-induced drought has contributed to a 50% reduction in the harvest since the peak in 2011.

The urbanized, industrialized southern part of Democratic Republic of Congo’s richest province, which is about the size of Spain, mostly relies on Zambia for inexpensive, subsidized maize meal despite major local investment in some modern mills and commercial maize production.

In Zambia’s neighbouring copperbelt, industrial maize mills have the installed capacity to qualify for sufficient government allocations to supply the Katanga market. Foot and bicycle traders transport thousands of 25-kg bags of untaxed maize meal daily on bush paths across the border for transport just 100 km to Lubumbashi, the country’s second largest city.

Katanga’s government requires each copper mining company to plant at least 500 hectares of maize, but provides none of the incentives that Zambia does for its farmers. The mining companies have their maize custom-milled and distribute the meal to their employees.

About three quarters of domestic Katanga maize production of 600,000 tonnes is in the less populated, rainier, remote northern part of the province. The surplus goes to meet demand further in the heart of the vast Congo River Basin.

The world’s fourth largest island has significant maize production only in its drier, cooler southern third. Rice dominates everywhere else. Smallholders getting an average yield of just 1.5 tonnes per hectare account for almost the entire output. Imports and exports are negligible. The potential to grow much larger quantities is there. A decade ago a South Korean company’s scheme to grab 2 million hectares of land primarily for export maize production led to massive protests and the fall of the government.

The world’s fourth largest island has significant maize production only in its drier, cooler southern third. Rice dominates everywhere else. Smallholders getting an average yield of just 1.5 tonnes per hectare account for almost the entire output. Imports and exports are negligible. The potential to grow much larger quantities is there. A decade ago a South Korean company’s scheme to grab 2 million hectares of land primarily for export maize production led to massive protests and the fall of the government.

This quartet composed of two mountainous enclaves and two largely empty desert and semi-arid states are well integrated into South Africa’s maize markets. They have little production themselves aside from 50,000 tonnes in Swaziland and 30,000 tonnes in Namibia versus 75,000 tonnes and 150,000 tonnes of imports for the pair. Botswana and Lesotho import 150,000 and 75,000 tonnes of maize and maize flour. A handful of mills process grain bought from South Africa even when that country must import from overseas. World Grain